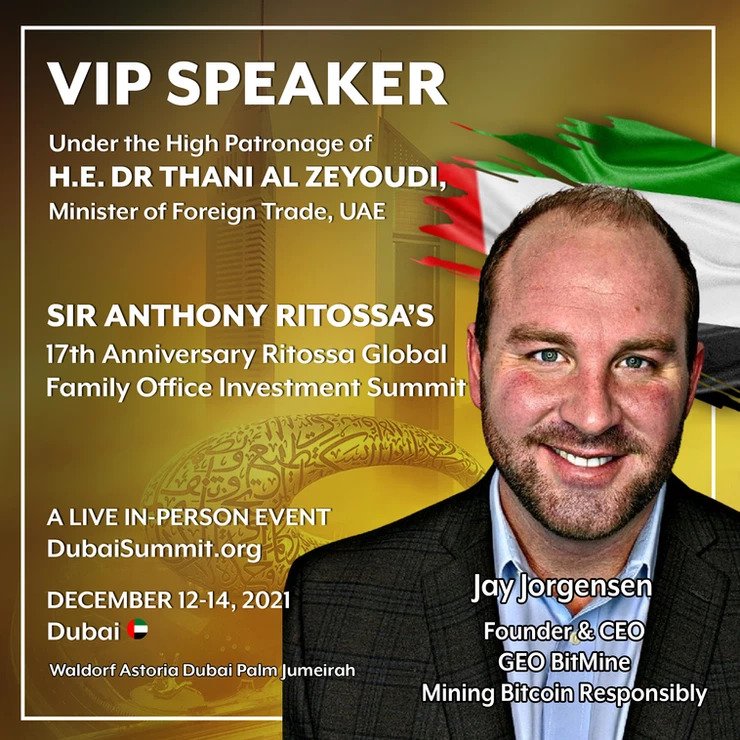 As an Energy Company whose mission is to stabilize all energy grids while mining Bitcoin, it caught notice around the globe. GeoBitmine has been hand-selected 1 out of 15 companies in the world to attend this event. I know that may come across as boastful. However, we wanted to share the severity of the impact we can make for the Global Good.

When we set out to mine Bitcoin, it became apparent that the only barrier to entry was 10’s of millions of dollars in heavy asset investment, plainly put, the rich get richer.

It is no secret that Bitcoin is the future of the world’s currency; where it was once feared, it is now widely accepted. Where once considered too volatile, it proved to be more stable than any Countries own currency, outpacing inflation for the first time in history, for any monies at that.

More established investors who felt Bitcoin was a fad have now come around to accepting it is here to stay, and most importantly, ENERGY COMPANIES are slowly adopting that this is an excellent path to additional revenue.

I won’t dive into why GeoBitmine has solved all 4 of those issues but instead focus on differentiating ourselves with how we use energy.

It came to me after Texas had a cold front in late 2020. This crisis left millions without electricity and ridiculous energy bills, and millions were freezing to the point of hospitalizations and some deaths.

Texas, being the new capital of Bitcoin Mining globally, made me think, why didn’t those mining centers provide energy instead of simply shutting down and allowing the grid system to decide where the power should go.

That’s Geobitmines patent-pending model. Instead of being the source that takes all energy, we are the source that equalizes the energy grid. This model will allow energy companies to rebuild their outdated grid and infrastructure, ensuring that no one will ever go without energy or have outstanding energy bills, complete stabilization.

I asked why this problem hasn’t been addressed or solved in the past? The answer, Money. It never made financial sense for energy companies to improve their grids until now. As dubious as that may sound, energy companies can only afford one thing, produce energy and sell it. Anything in between is capital and operational expense. Is it honorable, perhaps not, but they have to spend their resources on the bottom line to keep the energy company profitable. This model has left 75% of the United States with a 30-40-year-old energy infrastructure, outdated, inefficient, and unpredictable.

Geobitmine’s mission is to use the resources of energy providers’ resources and turn that into Bitcoin Mining. This unique model will allow the future of smart grids and smart cities. To understand that model, you’ll have to wait for our patent to be official and released. 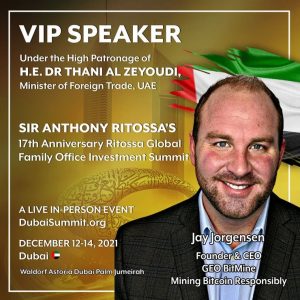 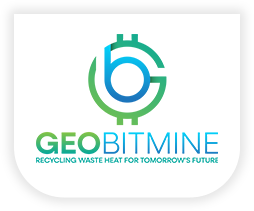