How GeoBitmine is Revolutionizing the Data Center World

Home » How GeoBitmine is Revolutionizing the Data Center World

How GeoBitmine is Revolutionizing the Data Center World

At a time when the world’s demand for energy is increasing exponentially, data centers are becoming major players in the global energy market. However, there are many limitations to traditional data center design and operations. They consume a lot of energy and can lead to unreliable performance if redundant systems are not built into their infrastructure.

In addition, most data centers operate as standalone facilities, which do not provide any benefit or value back to their host communities. Some studies show that they actually drain resources from nearby towns because they don’t pay taxes or contribute back to local economies in any meaningful way.

One solution could be GeoBitmine, which has taken this problem head-on by turning waste heat from their bitcoin mining GeoPods into usable energy, which can be used for heating and cooling Greenhouses or any other buildings nearby. Below I will help identify and define what many of these “new words” mean and how they apply to our daily lives.

What Are Traditional Data Centers?

Data centers are large buildings that can be used to store and process data. They’re often used by companies and organizations as a way to store information, such as their customer lists or sales numbers, but they can also be used for other purposes. Data centers can be found on college campuses, airports, hospitals, and many other locations around the world.

Data centers have been around since the 1960s but have only recently become popular with corporations who rely on them for storing data from their websites or other online services. For example: if you search “data center” in Google Images today, you’ll see hundreds of different types of buildings. This is because many companies use these buildings as offsite storage solutions where they keep all of their electronic devices safe from hackers while also ensuring that there are backup copies available should something go wrong with one server’s complex drive system!

GeoBitmine is a Data Center Agro-Tech Startup that capitalizes on the waste heat generated by its bitcoin mining facilities. This process allows Data Centers to create year-round Agriculture Jobs, Food Sustainability and serve the community around it. The company is based in Idaho and has been operating since 2020.

The idea behind GeoBitmine is to use the excess energy that is being used for Bitcoin mining as a source of extra revenue. This waste heat can be converted into energy and provides heating and cooling for Greenhouses. GeoBitmine then creates Carbon Offsets or renewable energy certificates (REC). The company will sell its RECs. Rates for 2015 to 2017 RECS purchased have averaged between $0.15—$0.045 per kWh produced, and This allows GeoBitmine to have multiple streams of revenue and not solely depend on BTC pricing. With this in mind, let’s define each of these terms so you, as the reader, can better paint a picture using the mind’s eye.

What Is Demand Response

Demand response is a method of reducing electricity demand during times of peak load. It is used to balance supply and demand in the power grid and can help reduce both the cost of electricity and carbon emissions. Demand response allows for an increase in utility efficiency, which allows for greater access to renewable energy sources at a lower cost.

There are two types of demand response programs: economic and non-economic incentives. Financial incentives include direct payments made by utilities or government entities to customers who agree to participate in the program, while non-economic incentives reward participants with other benefits such as rebates on renewable energy equipment or improved service quality (i.e., better customer service).

What Are Carbon Credits

If you have a business, you might be able to use these credits in place of meeting specific requirements for reducing your own carbon footprint. For example, suppose your company needs to cut down on its greenhouse gas emissions by 30% over several years. In that case, it could purchase enough Carbon Credits from an environmental organization like GeoBitmine and meet this requirement without having to take any action itself!

In addition, many airlines accept Carbon Credits as payment for flights that would otherwise not be eligible for air travel due to their high carbon footprint. However, keep in mind: although this is permitted under international law, there aren’t many airlines who will accept payment with Carbon Credits alone—you may need additional funds if traveling internationally.

RECs are tradable commodities and can be bought or sold like any other commodity. They allow the owner to offset their carbon emissions, or they can be used as an investment tool.

RECs differ from other forms of green energy because they are not generated by a particular source but rather represent an amount of CO2 that was not emitted into the atmosphere. This means that RECs can be used to offset emissions from any source, including your personal use, as well as fleets of vehicles or heavy machinery such as airplanes and ships.

What Is A Greenhouse?

A greenhouse is a method of growing plants in a greenhouse or other covered structure with natural light from the sun, typically without soil. Instead, the roots are immersed in a nutrient-rich solution called hydroponics. Hydroponics uses water as the base for growing plants, as opposed to soil.

Hydroponic gardening has been around since before World War II and is becoming increasingly popular as people learn that this method uses less water than regular gardening and it can be done indoors or outdoors cozily year round!

The benefits of hydroponic gardening include:

“Tying It All In”

Carbon neutral means the data center is not contributing to global warming. As you know, the world’s carbon emissions are only getting worse, and this is a serious issue that needs to be addressed as quickly as possible. To counteract this trend, GeoBitmine has taken steps to ensure all of its operations are environmentally friendly.

The company uses renewable energy sources such as solar panels, Hydro, and wind turbines to power their operations, making them carbon neutral. In addition to using renewable energy sources for their electricity, GeoBitmine also uses waste heat from their computers and servers in an innovative way: they pipe it into a greenhouse where they grow several Corp Types! This is an excellent example of how technology can help improve our planet by helping us eat healthier food while simultaneously reducing our impact on global warming! The last thing that makes GeoBitmine truly carbon neutral (and increases its marketability) is that it sells carbon credits for each kilowatt hour it produces through its green methods mentioned above – essentially offsetting any emissions made elsewhere within their organization! 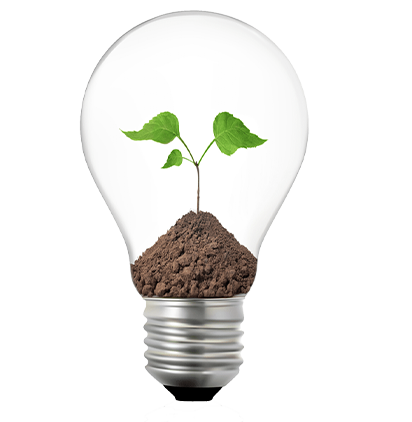 GeoBitmine’s revolutionary model capitalizes on the waste heat generated by their bitcoin mining facility. This heat can then be used to power a data center which will provide power for their customers in an environmentally friendly way. GeoBitmine is currently building out an entirely new facility in Idaho where they will be able to use geothermal heating and cooling as well as other renewable resources like hydroelectricity and wind power to create what will likely be one of the most sustainable data centers ever built! 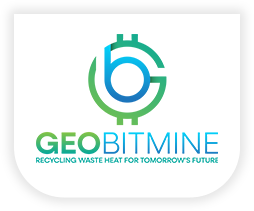